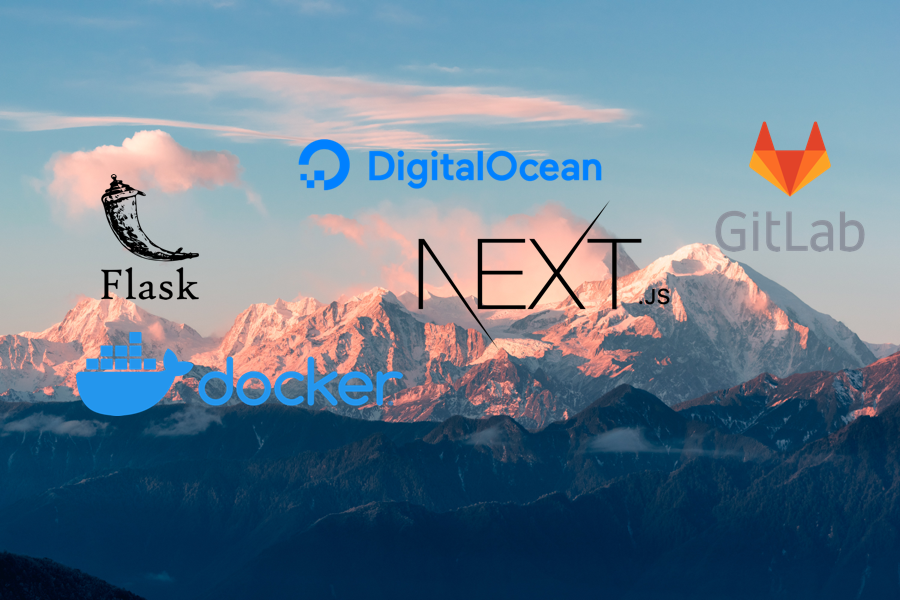 Several weeks ago, I wrote an article on building an application with Flask, NextJS and Docker. In that article, I described how to dockerize a flask application for the backend, next for the frontend and Nginx for a reverse-proxy server. I also show a way to run all container easily for local development using docker-compose and deploy it directly to Digital Ocean using docker-machine. The setup, I describe on that article is sufficient enough if you’re still playing around on a toy project. In a real-world, with a team-based, collaborative environment, it’s difficult only to allow a local machine deployment. Therefore, we need technology that allows us safely and automatically deploy the application to the cloud server.

Here’s come CI/CD technology to the rescue. As Thoughtworks explain in their article,

Continuous Integration (CI) is a development practice that requires developers to integrate code into a shared repository several times a day. Each check-in is then verified by an automated build, allowing teams to detect problems early.

Continuous Deployment is closely related to Continuous Integration and refers to the release into production of software that passes the automated tests.

In a nutshell, CI/CD allows a developer to push the code to a repository and automatically build and deploy it to our deployment environment. In this article, I’m going to show how to easily integrate our project using Gitlab CI/CD infrastructure to deploy automatically to our server in Digital Ocean.

In this tutorial, I’m going to demonstrate how to use Gitlab CI/CD infrastructure to run an automated docker image build and deploy it to Digital Ocean droplet for a dockerize Flask and NextJS application. To follow through on this tutorial, a couple of things you may need to prepare beforehand:

All of the example in this article is available in this repo. That repo contains a simple application that consists of:

The script above runs before every stage in the workflow. The before_script part is the way in the configuration file to re-use the same steps for every stage in the workflow. The first step in the script export the environment variable for an address of where our docker image gets stored. Then, it installs open-ssh client for later login to our DigitalOcean server and bash to execute the bash script for setting up the environment variable. After that, the script login to the Gitlab docker registry so that we can push and pull the image from it.

The build stage above consists of three main steps. First, it pulls the image if it exists in the registry. Next, it builds the image based on the configuration we have in the docker-compose.ci.yml file. Lastly, after the image been build, it pushes the latest build image back to the Gitlab docker image registry. The docker-compose.ci.yml file is pretty simple, only contain a configuration for the Flask and NextJS application.

For the deployment stage, the script contains several steps.

The code below shows how it’s get implemented in the .gitlab-ci.yml file.

As you can see from the above piece of script, we need to add a new file called docker-compose.prod.yml.

Lastly, the deploy.sh script from the above step do most of the deployment part. The script content looks like

In summary, that script will

Finally, this is our final Gitlab workflow script that Gitlab will pick and run the CI/CD process.

If your project repository is in Gitlab, once you push this script into the repo, Gitlab is going to automatically pick the new CI/CD configuration and run it immediately. If you don’t store your repo in Gitlab (e.g. in Github), you can still integrate your project with Gitlab CI/CD infrastructure. In this section, I’m going to show you how to do that.

For our sample application, these are the variable that we need to put in the CI/CD environment variable: 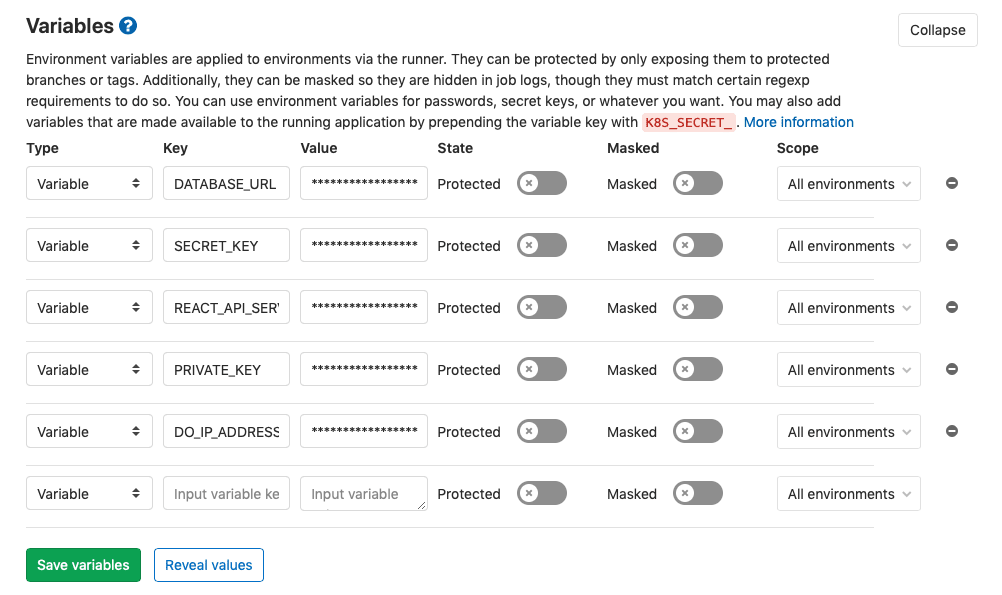 Push the changes to the repo

After we have everything set up, now we can push our changes to the repository. Once you have pushed it, you can go to Gitlab and open the CI/CD pipeline page. From the page, you can see there’s a CI/CD process running. You can click on the running process to see what stage that is currently running. 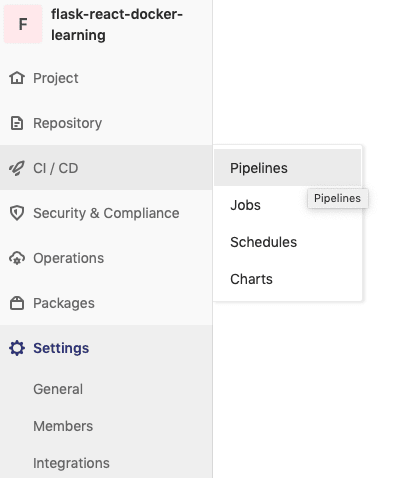 If one of the stages failed, you can click on the failed stage and can see the full log of what’s happened in the process along with the error message.

Docker and Docker Compose is a great combination tool if we want to have multiple docker containers running at the same time. It also makes it easy to deploy directly using docker-machine from our local machine. But in the real world scenario where many people are using the application, and changes happen frequently, we need a safer mechanism to deploy the changes to the production server. That’s when CI/CD technology comes to the rescue. With CI/CD, the application can be tested, build and deployed automatically with a set of configurations.

In this article, I’ve shown how to integrate a dockerize Flask and NextJS application into Gitlab CI/CD infrastructure. The project repository doesn’t have to be in the Gitlab. We can take advantage of the Gitlab CI/CD runner while our project resides in other source control platform (Github, for example). In this article, I show how to build the docker image from docker-compose.yml file, push the image to Gitlab Docker Registry and deploy the application to DigitalOcean droplet. You can add more steps in the workflow, for example, run unit test, run integration test, etc. I hope this tutorial can help you to know better about CI/CD, especially on the Gitlab environment.