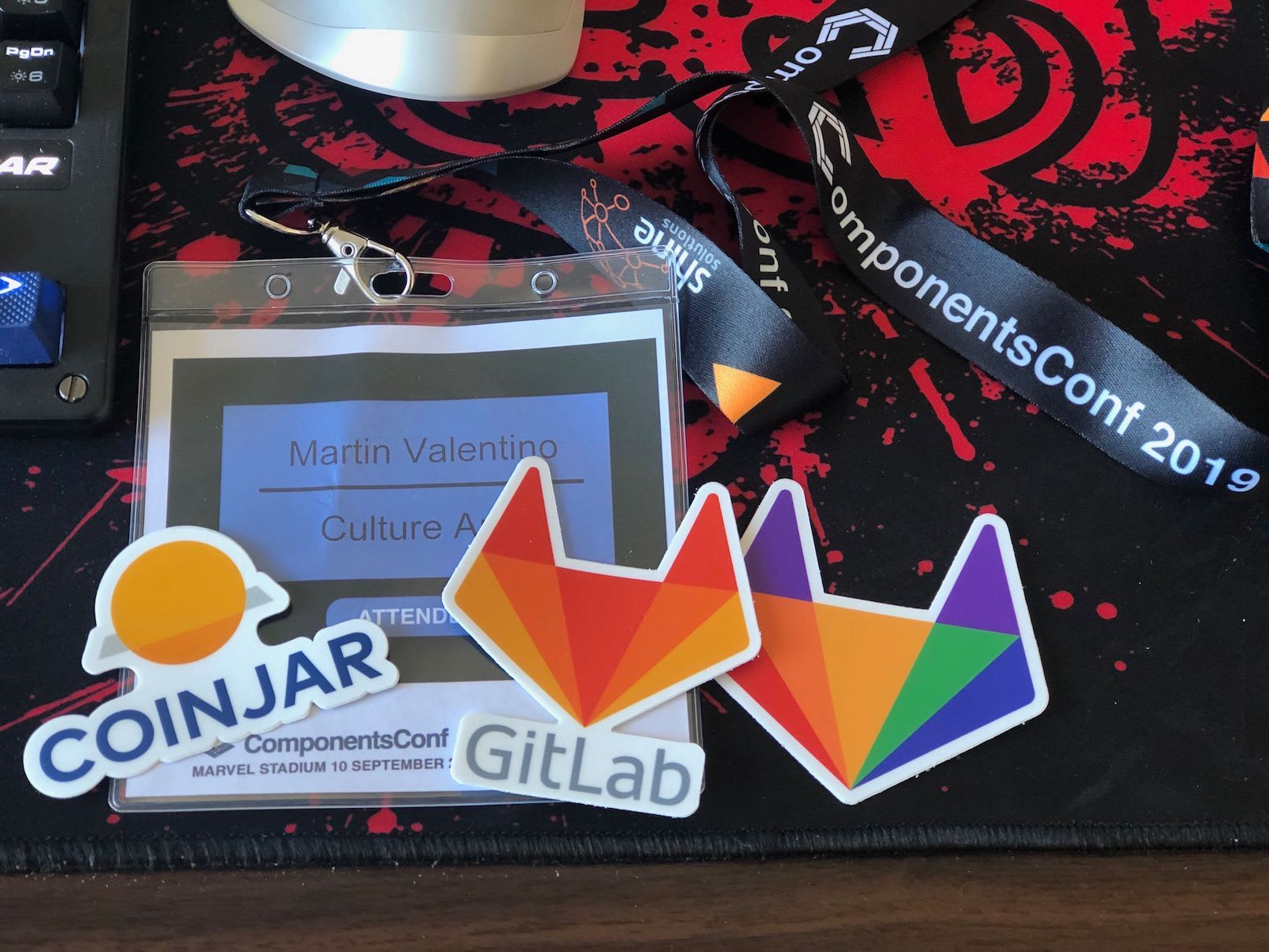 For the last couple of years, I’ve been regularly gone to a tech conference here in Melbourne. Mostly around general technology/software development conference or specific programming language conference such as Pycon. But this week, I attended my first conference around front-end technology, it’s ComponentsConfs 2019. As far as I understand this is the first time they held this conference where it focuses on front-end framework that is built around components concept such as ReactJS , Angular, VueJS. This post is a collection of notes that I took from each session that I attended.

Session 1 - How Cinema, React, and Styled Components are Alike?

Session 4 - When Virtual DOM Diffing is a Little Too Clever

Session 4 - Everything I Know about React I Learned from Twitter

Session 6 - AI and JavaScript, no You’re Not Dreaming

Having two tracks with both tracks basically offer the same level of interest for people make it confusing to decide which session to go to. If there’s another chapter for this conference again next year, I’ll probably rethink to come, but it will depend on the talks and the theme of the conference next year.